A warm heart for soldiers who must be heard
Creator, Designer and Developer of META-NLP
Rehabilitation for children with drug problems
NLP with great social involvement
A story with an unexpected plot twist
Living and working in Russia and Ukraine
After 30 years of silence, the silence broke
The development of Meta-International
Business Master recognised worldwide
Grandmaster from the very beginning
The creation of “The Guard”

The most beautiful gifts are born from the darkest experiences.

For a long time, the world has believed that John Grinder and Richard Bandler were the creators, developers and origins of NLP. History shows otherwise. The first original developer of NLP has made himself known after 40 years of silence. It turns out to be a special story. Just read.

The beginning of a life full of adventure

A story has to start somewhere. That is why we start with the first years of Frank’s adult life. Frank Pucelik graduated from San Diego, California in 1963. He attended local public higher education and dropped out after three months. Not a good idea, quit your studies in 1965. A few months later Frank received the letter from Uncle Sam. He went straight to the Navy after school. When Frank was drafted into military service, he scored too high on the intelligence tests and was therefore assigned to the Hospital Corpsman School (training for the medical troops) immediately after basic training. This was around the time of the Vietnam War and he was transferred to Japan. He spent a very good year working in a military hospital and playing golf in Japan, his first station after his medical military training. ”

Unfortunately for Frank, he was transferred to Vietnam after completing his education and the resulting jungle experiences took their heavy toll. Frank saw how, in addition to the many deaths, the US military repatriated the surviving soldiers to America. In his view, only their bodies returned, but their minds remained in the war. As proof of this, Frank revealed the alarming statistic that 57,000 US soldiers died in Vietnam, while another 65,000 US soldiers committed suicide in the 10 years immediately after the Vietnam War!

The early years of NLP or rather META

Frank’s NLP story began 50 years ago when he taught Gestalt with Richard Bandler at the University of Santa Cruz, California. They invited John Grinder to add more structure to their theories. Together they formalised the Meta Model, known today as NLP.

In the middle or late 1971 he was co-counseling fellow students and conveying the Gestalt approach to younger students, which he had studied extensively during his college days in San Diego. In addition, he also provided extensive training to fellow counselors in “talking back to earth” for students who had taken LSD and were on a “bad trip”. For him this was fairly easy work. Shouting and sometimes violent clients weren’t that hard to deal with if you’d been in Southeast Asia. He made a name for himself as “the guy who can deal with any drug-related crisis,” and he enjoyed the respect and reputation that it earned.

About that time he met someone named Richard Bandler, who was quite like him in mentality and intelligence. They bonded together quite well and started to run gestalt groups together. After doing these sessions together for a few months, Richard invited a new professor of linguistics to their groups to see if there were any interesting linguistic and other patterns in their behavior to be observed, or if there were any ideas that could help to build even more. to become better than they already were. After three or four sessions with John Grinder (that new linguistic professor) as an observer in their groups, they knew they were on to something really special. This was because of the questions John asked them. They invited further reflection. In Frank’s view, it was during these three or four Gestalt training group sessions that NLP / Meta was born.

During those first few months of their interactions, it was only John, Richard, and Frank, but soon group members joined. During John’s lectures and at Richard and Frank’s Gestalt training meetings, we met people we liked or people came over to ask if they could join the “study group.” And so they started. In my view, this group is the “first generation” NLPs. This group included Joyce Michaelson, Trevelyan Houck, Marilyn Moskowitz, Jeff Paris, Lisa Chiara, Ilene McCloud, Ken Block, Terry Rooney, Jody Bruce, Bill Polansky, and Devra Canter.

In these early years they played with the patterns of Carlos Castaneda, Carl Rogers, Virginia Satir, Fritz Perls, Gregory Bateson, John Lilly and others. This allowed them to explain the most common misconception in psychotherapy. Any model advocated by a particular school or school of therapy was doomed to fail more often than not.
Of course, it is therefore necessary for the therapist to tailor the therapy system to the client, instead of trying to fit the client to the system. That became the basic idea behind META-NLP. NLP had developed tremendous potential in the late 1970’s to effectively and efficiently help people overcome a wide variety of problems. And the next step would be to make NLP known to the general public …

And then you leave …

For reasons that we will only reveal in the training, Frank eventually left Santa Cruz and took all the knowledge of NLP with him. The laggards Richard and John missed the complete picture of NLP and that is one of the reasons that their different ways of training NLP differ so much to this day. So many people are trained in part of the information and not the complete information.

After many wanderings, Frank Pucelik became a business trainer of international renown, he is on the list of Top 100 American business trainers and is one of the three founders of neuro-linguistic programming, the author of a number of books on psychology and articles about personnel management, motivation, working with information. Frank Pucelik is Professor of Interpersonal Relations (Postgraduate School, Oklahoma City University, Norman, Oklahoma, USA – 1983-1987).

Frank has worked as a long-term consultant based on Peace Corps (USAID sponsored program, providing services from professional US business consultants to Ukrainian companies) since 1998. He regularly gives seminars and participates in educational conferences of international student organisations such as AIESEC, FLEX, JCI, SIFE, AEGEE etc.

Every year Frank Pucelik trains more than 2000 middle and top managers from the most successful companies in Ukraine, Russia, Belarus and Latvia. Frank Pucelik supports five rehabilitation centers for youth with drug addiction; there are more centers that are opening. He is a regular speaker at leading conferences, exhibitions, forums and other educational events in Ukraine.

Frank Pucelik is the 1st founder of NLP and the man who knows the secrets of NLP like no other. Friendly by nature, open to sharing, razor sharp in communication and always in cheerful dynamics.

Did we tell you all about Frank’s special life, the development of NLP and his complete long-term achievements? Of course not, this short paper is just the tip of the iceberg. We will tell you the rest in our training courses. And you may wish to speak to Frank yourself or to learn from him. Look at the options on the site for this.

We (Caroline and Rob) are proud and grateful to be able to learn from Frank every day. He is our mentor, our trainer our inspiration but above all our friend. 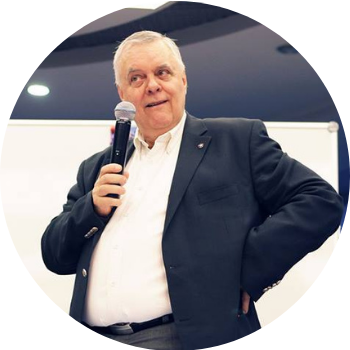 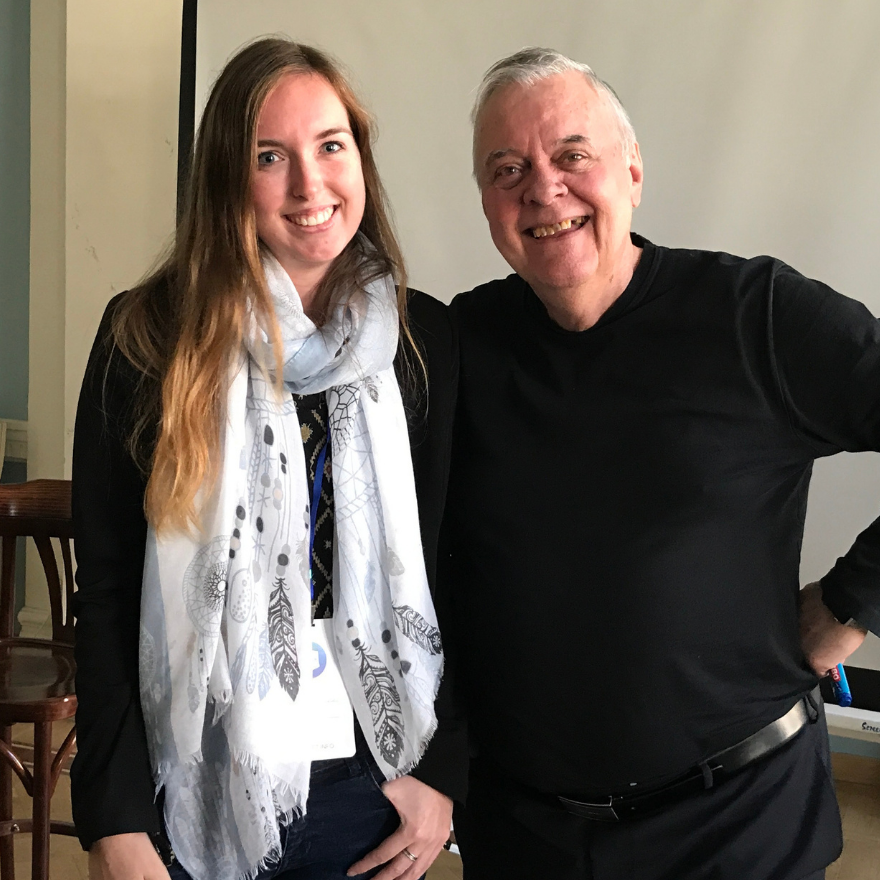 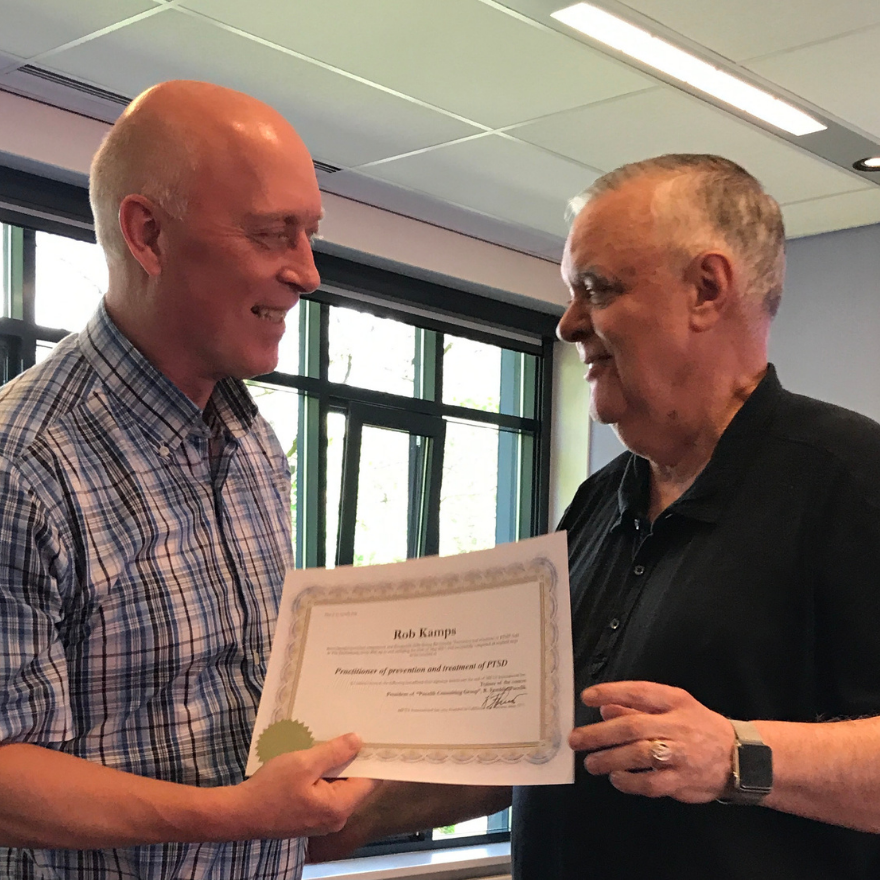 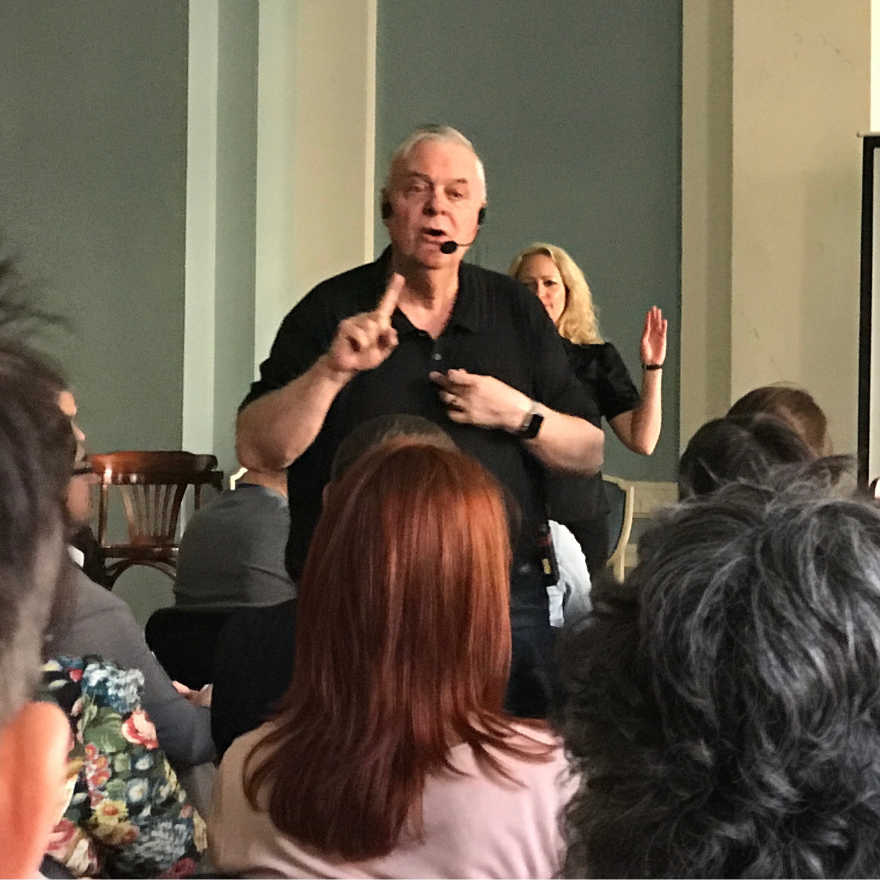 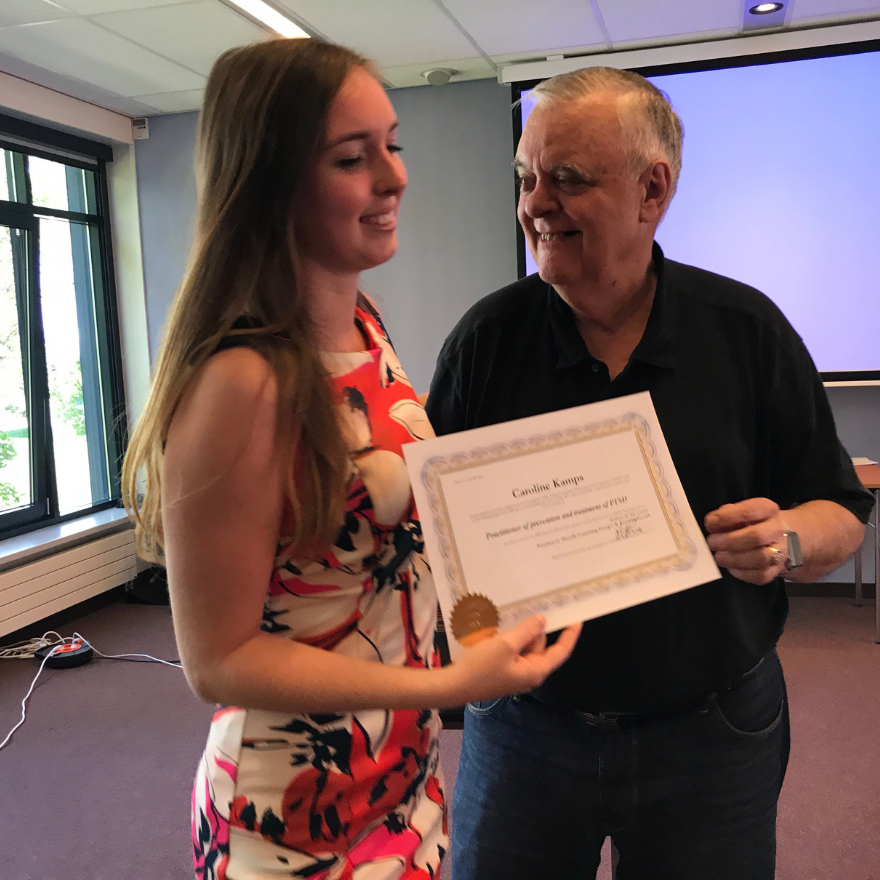 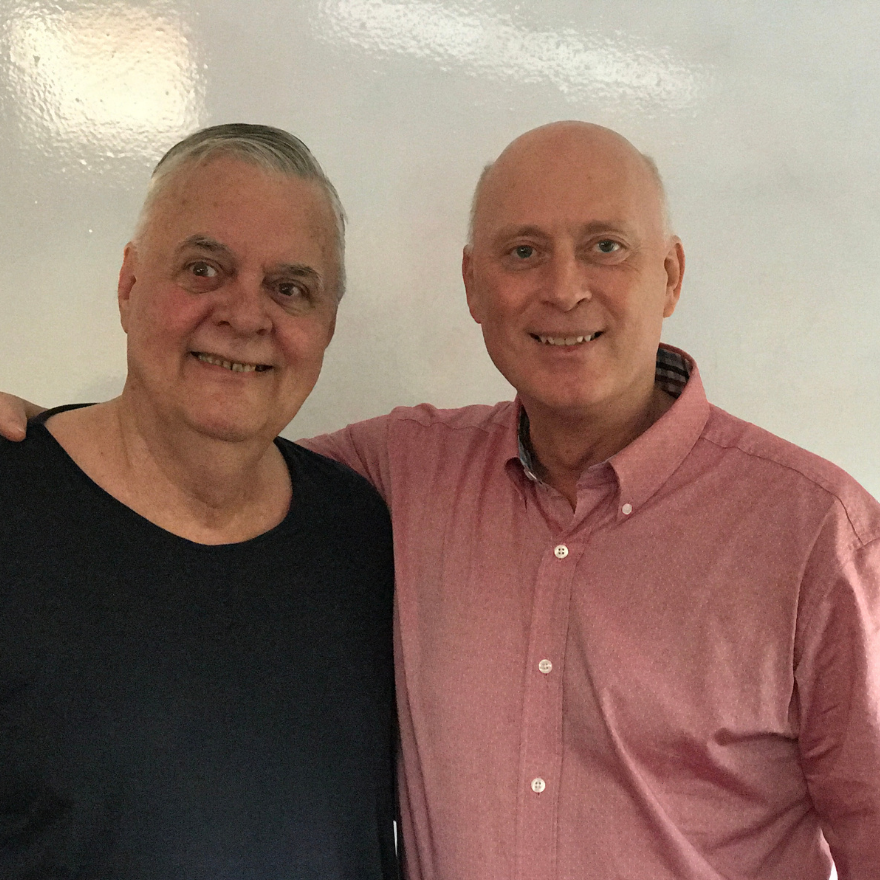 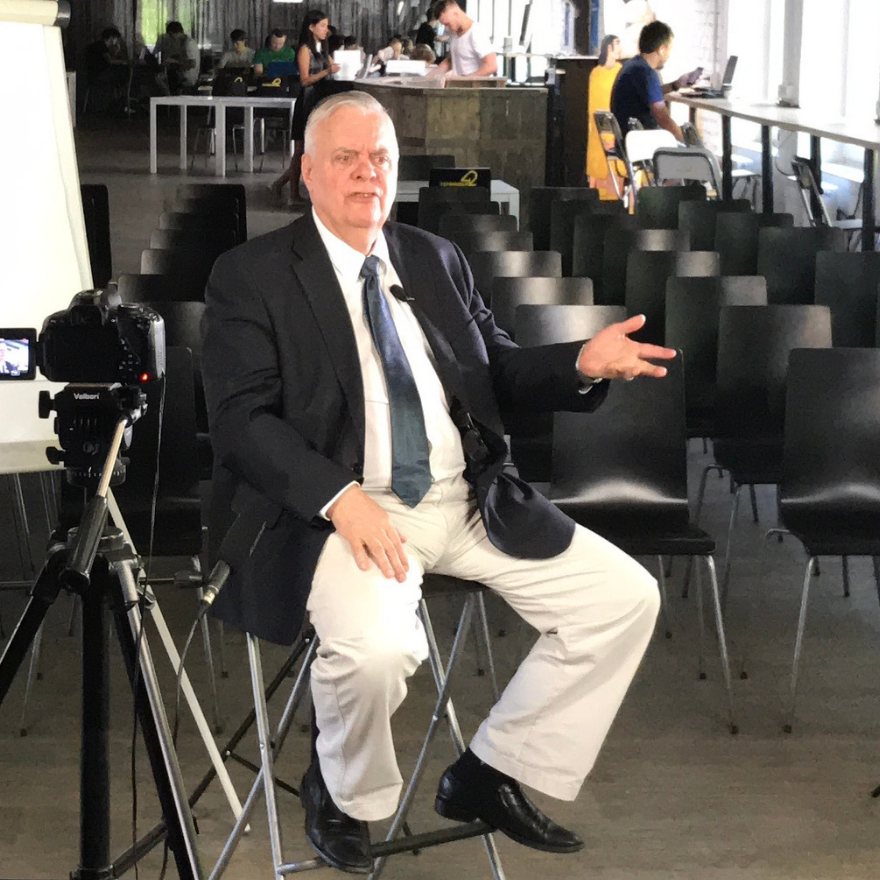 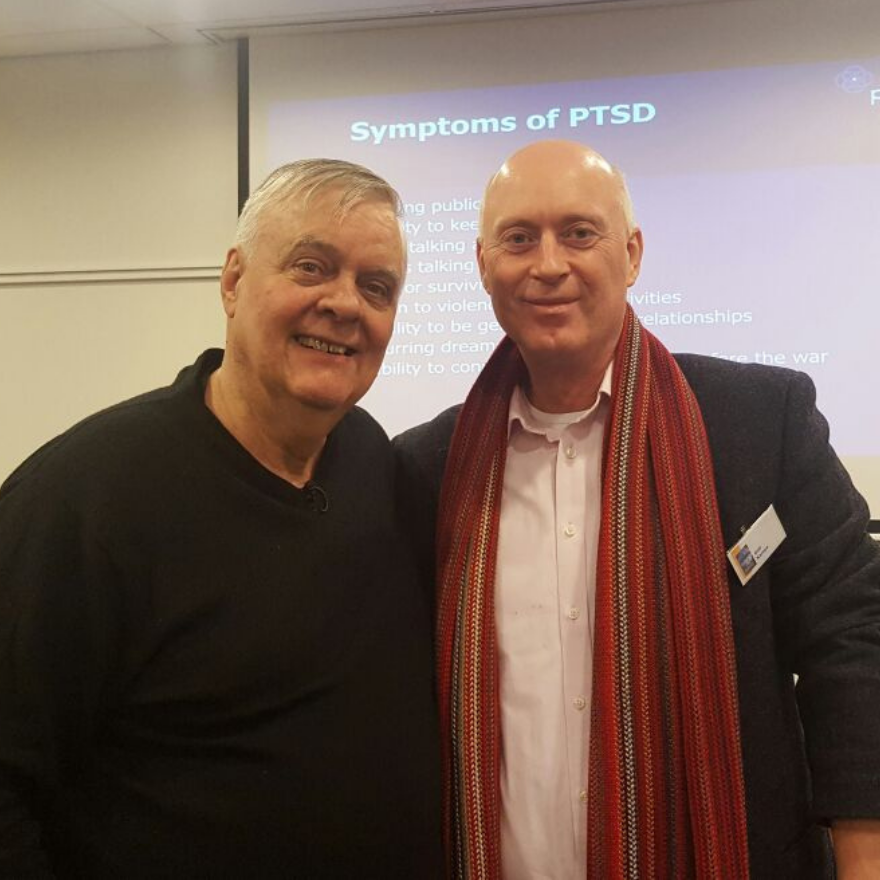 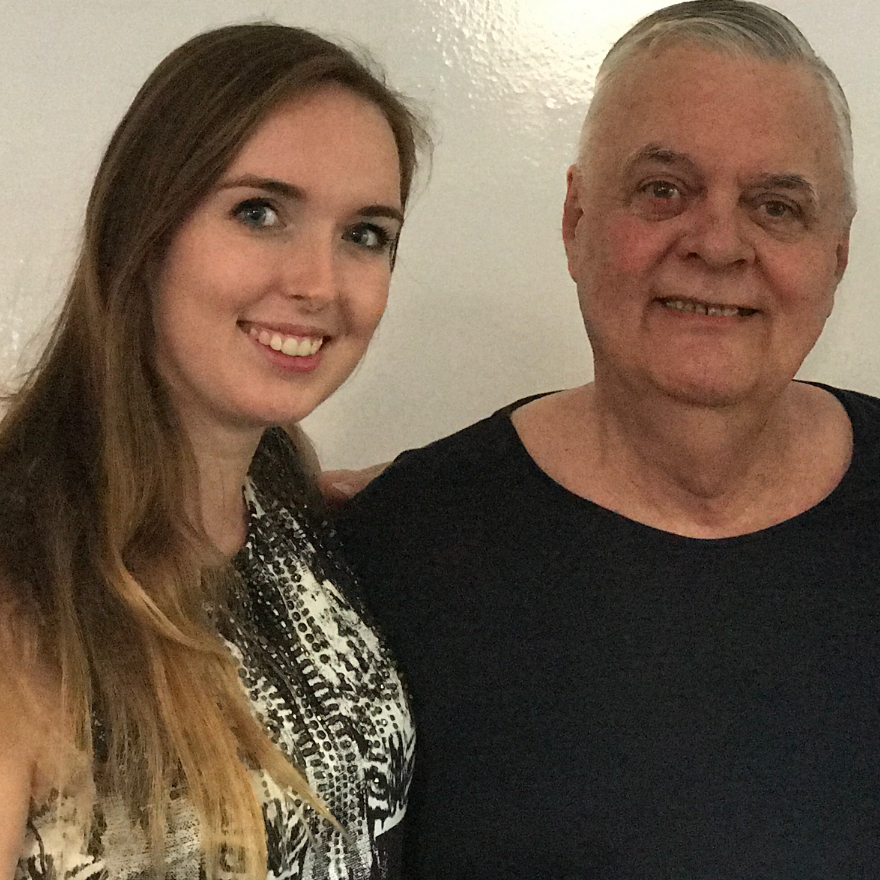